For Fall 2020, NWS will be a virtual program offering online private lessons with our quality staff and also “String Thing Hangouts” instead of ensembles.  Students will also be receiving an educational and fun student newsletter once a month prepared by NWS staff members.

A complete schedule of our scheduled Hangouts is available on our events page. Below is more info about our upcoming sessions. Feel free to contact us if you (or your child) are interested in viewing these sessions. All ages are welcome! Current NWS students will be able to participate live and we hope to make recordings of the sessions available as well.

Topic: Exploring Music With Ivar Lunde, Jr.
What is the purpose of film music?  Ivar Lunde, Jr. will share his approach to scoring for film with students. 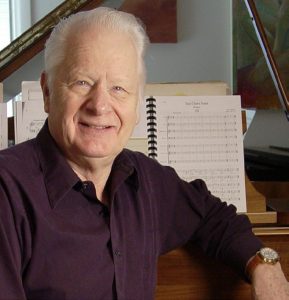 Ivar Lunde, Jr., owner and operator of Skyline Publications and Skyline Studios, has been part of the Eau Claire Music scene for almost 50 years.  He is Professor Emeritus of the University of Wisconsin-Eau Claire, former principal oboist and conductor of the Chippewa Valley Symphony Orchestra and the Eau Claire Chamber Orchestra and cofounder of the Chippewa Valley Youth Symphony, which he led for 25 years.  He has taught summer music camps in Idaho and Wisconsin and was Instructor of Oboe and Saxophone at the University of Maryland, College Park.  He was principal oboist with the Norwegian National Opera and performed later with the National Gallery Orchestra in Washington D.C.  He has been soloist with many orchestras in Europe, including the Bergen Philharmonic and Oslo Philharmonic in his native country of Norway. Internationally he has, as a composer, received numerous awards.  Many compositions have been recorded and are available locally and on the Internet. Current projects include composing music for the film industry.

“My passion is composing music for the film industry. My main instrument is oboe but I have played most instruments, including the saxophone. I would boast about my violin skills if it were not for the challenges posed by the 4th finger on my left hand! Sharing my approach to film scoring with all the string students at NorthWoods Strings will be a delight.”

“Spirits of the Forest”
https://www.youtube.com/watch?v=RwK49VBAjDQ

Written specifically for flutist Peter Phippen, this work allows him to fully explore his improvisational skills. The work is composed by Ivar Lunde, Jr., who also conducts the performance by the Eau Claire Chamber Orchestra. All nature video was shot by Ivar Lunde, Jr., in northern Wisconsin. The production is a collaboration between the local Community Television and Skyline Studios. 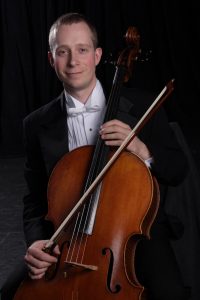 Josh Aerie is a cellist, symphonic conductor, music educator, and arts advocate. Josh has performed throughout the US and abroad, and is an enthusiastic collaborator. He is a founding member of the Sylvan Trio and Gichigami Piano Trio, and has premiered many new works as both conductor and cellist.
Josh can be heard on numerous recordings and on classical radio programs and streaming services
nationwide. In collaboration with Cincinnati composer Rick Sowash, Josh recently released an album of new music, titled Seasonal Breezes: Five Chamber Works by Rick Sowash Featuring Josh Aerie, Cello.
Josh is currently Music Director of the Columbus Symphony Orchestra in Columbus, Indiana, the state’s oldest symphony. Additionally,  he is Executive Director of The Music Village, a community musical arts center and school in South Bend, Indiana.
Previously, Josh lived in Duluth where he served on the music faculties of the University of Wisconsin- Superior, College of St. Scholastica, and Mesabi Range College. While living in the Northland, he was Music Director of the Mesabi Symphony, Heartland Symphony, Red Cedar Symphony, and Duluth Community Orchestra. In 2010 he co-founded the North Shore Philharmonic with Tracey Gibbens, and in 2007 he founded the Woodland Chamber Music Workshop, an annual immersive opportunity for adult musicians in Tofte.
For more information please visit Josh’s website: www.cellistry.com.

“I’m excited and honored to join my fellow string-player friends in the Northwoods Strings String Thing Hangout! Even though we can’t play together in person these days, I’m looking forward to virtually sharing music, insight, and fun with NorthWoods students. See you in October!”

These activities are supported in part by a grant from the Wisconsin Arts Board with funds from the National Endowment for the Arts.